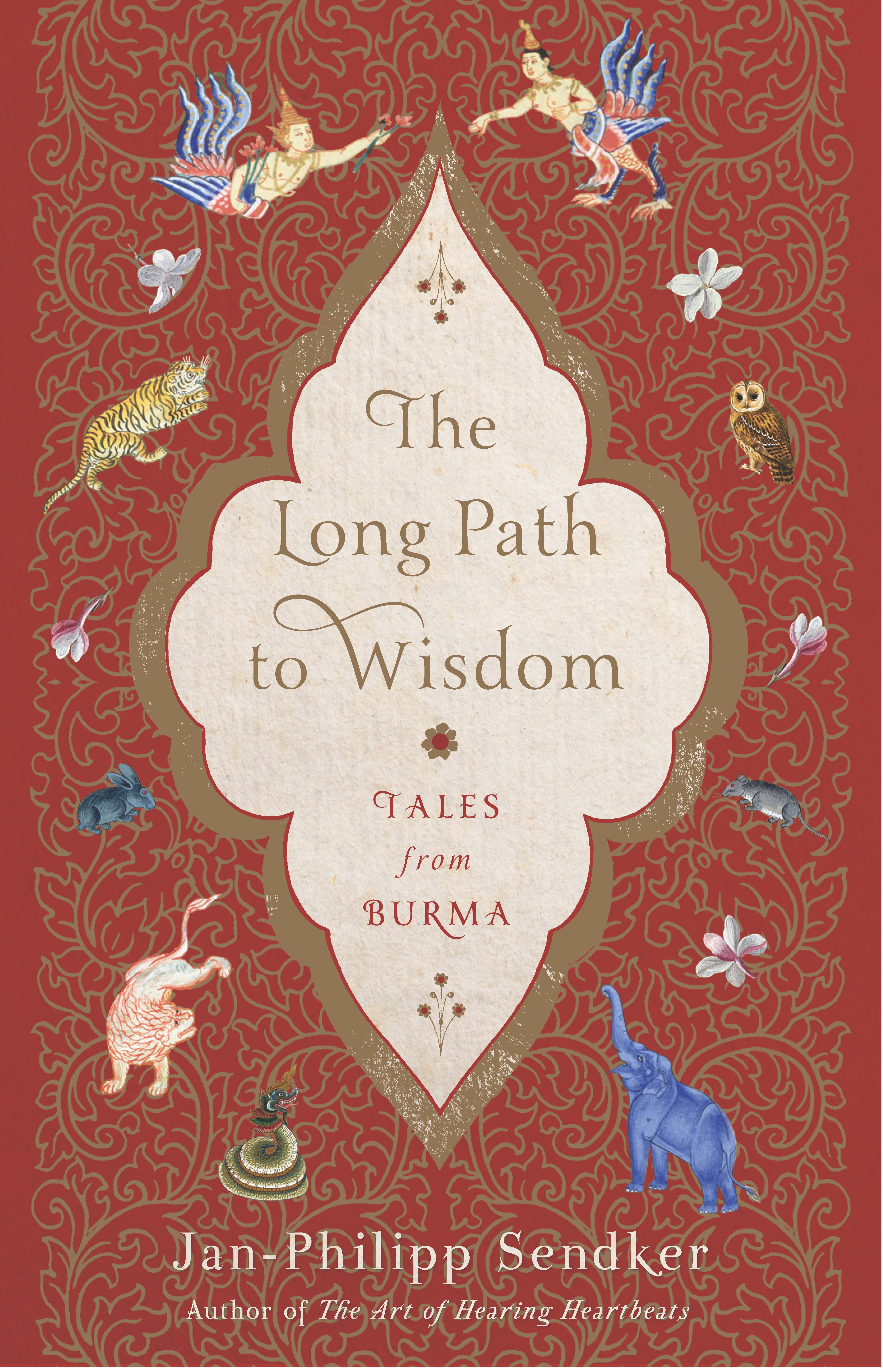 The Long Path to Wisdom

Since 1995 Jan-Philipp Sendker has visited Myanmar (Burma) dozens of times, and while doing research for his novels The Art of Hearing Heartbeats and A Well-Tempered Heart, he encountered numerous folktales and fables. These moving stories speak to the rich mythology of the diverse peoples of Burma, the spirituality of humankind, and the profound social impact of Buddhist thought. Some are so strange he couldn’t classify them or identify a familiar moral, while others reminded him of the fairy tales of his childhood, except that here monkeys, tigers, elephants, and crocodiles inhabited the fantastic lands instead of hedgehogs, donkeys, or geese. Their morals resemble those of the Brothers Grimm or Hans Christian Andersen, illustrating how all cultures draw on a universal wisdom to create their myths.

The Long Path to Wisdom’s evocative stories run the gamut of human emotions, from the familiar to the shocking, and are sure to delight Heartbeats fans as well as those newly discovering the magic of Sendker’s incandescent writing.

Excerpt from The Long Path to Wisdom

When the American author Lorie Karnath approached me with the idea of collaborating on a book of Burmese folk tales, fables and parables, I knew right away that I was interested.

Since 1995 I had visited the former British colony dozens of times, first as a journalist, later as an author. Time and time again during my research for the novels The Art of Hearing Heartbeats and A Well-Tempered Heart I came across stories from the realm of fairy tales and legends. They piqued my curiosity because their often moving narratives exposed the rich mythologies of the various ethnicities of Burma, the spirituality of its people and the impact of centuries of Buddhist thought. Monks and monasteries figured prominently, as did the firmly rooted belief in reincarnation. I was surprised how often characters would die only to return in a next life, either to right wrongs or to wreak havoc.

Some tales had no apparent moral or were so alien, so bizarre, that I found them impossible to classify. Others reminded me of the fairy tales of my own childhood except that monkeys, tigers, elephants and crocodiles stood in for hedgehogs, donkeys or geese. The lessons they attempted to convey resembled those of the Brothers Grimm or of Hans Christian Andersen, and they highlighted the great extent to which all the world’s cultures draw upon a universal font of human wisdom.

Lorie Karnath is no less acquainted with Burma and its people than I. She was there for the first time in the early nineties, a time when the military regime viewed all foreigners with suspicion, when travel was much more complicated than it is today, and when she often found herself getting around by oxcart or horse-drawn wagon. Since then she has explored Burma, its stories and its culture at great length. She has made many excursions to the various provinces, always engaging intensively with the country’s tales and legends. Lorie has already published several essays on Burma as well as the book Architecture in Burma: Moments in Time.

Even as the idea for this book was taking shape, my son Jonathan happened to be living in Nyaung Shwe, a small city on the banks of Inle Lake in Shan State, where he and a friend were working as volunteers teaching English in two orphanages. He was eager to participate in the project, and together with Janek Mattheus he set out to find still more tales. During the five months they spent in Burma, Jonathan and Janek canvassed neighborhoods, schools, monasteries and restaurants, and they came back with notebooks full to bursting.

Further research led us to the bookshops of Yangon, where we tracked down out-of-print volumes and discovered fables and legends in tattered schoolbooks.

And so the present work is very much a team effort. Each of us gathered stories and then wrote up the finest of them. I edited the collection and provided an introduction and epilogue. In the process I have taken care to preserve the narrative voices of my two co-authors so that the texts vary in their style, tempo and length.

On the not infrequent occasions where we encountered multiple versions of the same tale we sometimes selected one of them and other times knitted them together. More frequently still we would hear a tale for which—despite several inquiries—we could find no title. In these cases we invented one of our own.

We quickly abandoned our original intention to organize the tales and fables under rubrics such as “Love,” “Envy” or “Faith.” The texts are too nuanced and varied; it would have been an artificial classification, and it would not have done justice to the material.

Some of these tales will bring a smile to your face; others will move you, trouble you or make you think.

One thing is certain: the following pages represent a journey into another world, a world sometimes alien, sometimes quite familiar. As authors we have learned from this project that—all cultural and historical differences aside, all exoticism and foreignness notwithstanding—there is much more binding the people of the world together than keeping them apart.